A group of volunteers, archaeologists, and Park Rangers showed some T.L.C. to a rock art site during a recent clean up project at South Mountain. Many petroglyph panels along the Beverly Canyon trail were unfortunately spray painted over, and these dedicated preservationists, came out to help restore these prehistoric resources. 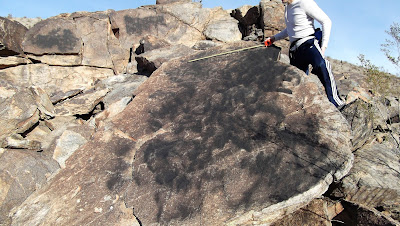 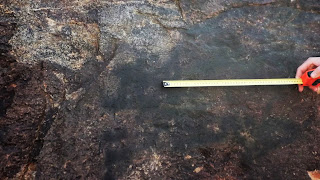 Take a look at some before and after photos taken during this clean-up project. And thanks to the South Mountain Rock Art Project - an Arizona Heritage Funded, Arizona State University-City of Phoenix recording project, we have drawings of what these panels looked liked before they were defaced. Petroglyphs are non-renewable cultural resources that are important to many of the surrounding tribes in the Valley and as primary research sources for archaeologists and historians. 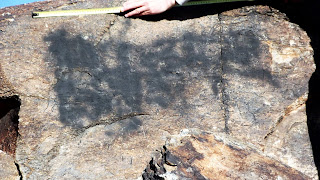 How did they clean the petroglyphs without hurting them you ask?

They used "Elephant Snot" of course! This is a product that was introduced by archaeologists at the Kaibab National Forest and the Bureau of Indian Affairs who have used it successfully in similar projects.


With the help of some great site steward volunteers, public volunteers, and two archaeologists who are experienced with graffiti removal processes - Ashley Bitowf from the Gila River Indian Community Cultural Resource Management Program and Jewel Touchin from Logan Simpson, they were able to remove the graffiti and restore the petroglyphs. 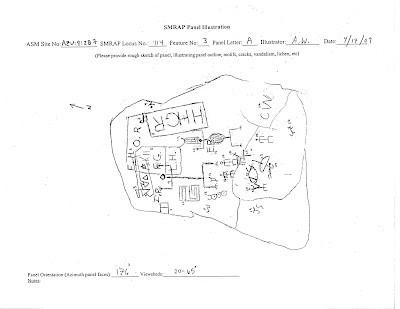 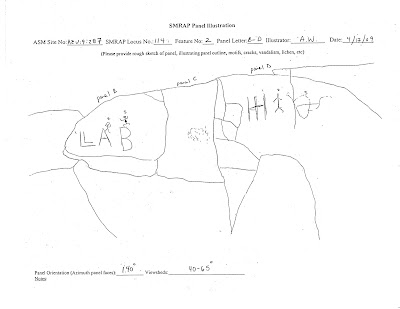 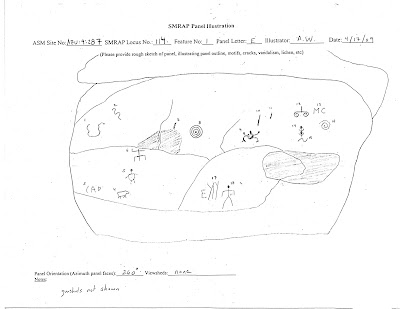 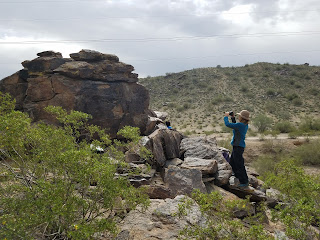 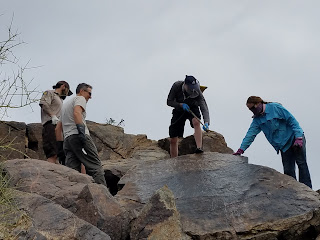 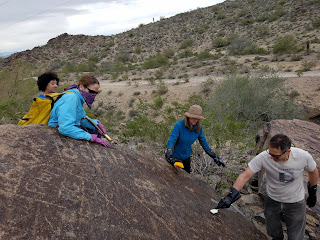 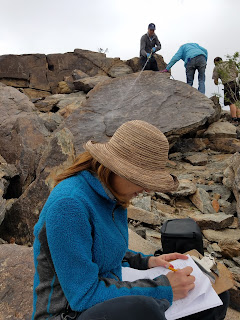 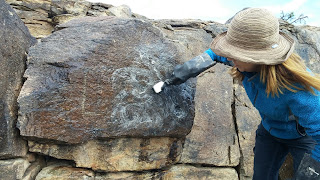 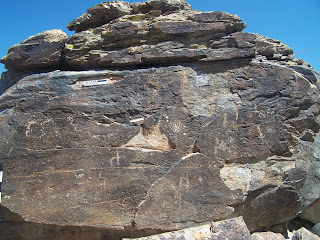 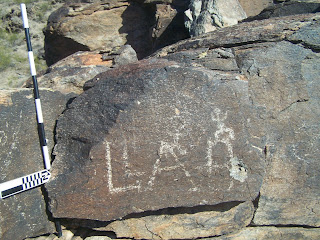 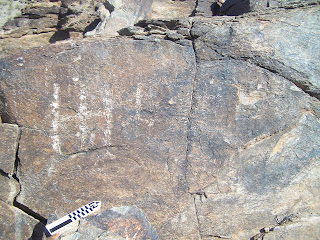 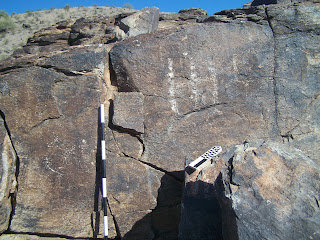 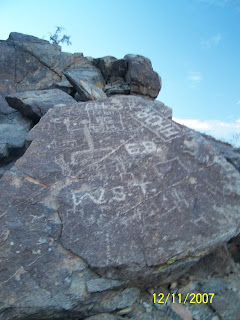 This work was performed under City Archaeologist Laurene Montero’s Arizona Antiquities Act blanket survey permit, and Laurene will write a report on the clean-up activity for the Arizona State Museum.